Beaker - Virtually Mix Chemicals on Your Phone or Tablet 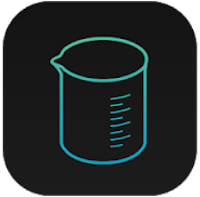 Beaker is an iOS and Android app that lets students virtually mix chemicals. In the app students can select chemicals to mix to see how they react to each other. The app also has a virtual match that students can light to see how chemicals react to heat. The most impressive feature of the app is called Air Mix. The Air Mix feature in Beaker lets students virtually pour chemicals from one Beaker to another. When you have two phones or tablets that have Beaker installed, you can "pour" chemicals from one device to the other to virtually mix them.


Applications for Education
Beaker could be a great app for middle school and high school science students. The app offers more than 150 chemicals that students can virtually mix together in a safe environment. The app provides a safe and cost-effective way to create demonstrations for chemistry lessons.
at 2:36 PM
Share

An Update to Five Directions for AR in Education

Lately, I have been spending quite a bit of time digging into research and academic writing about the development and evolution of many of the educational technologies that are common in schools today. Last week I read through Augmented Reality: An Overview and Five Directions for AR in Education authored by Steve Chi-Yin Yuen, Gallayanee Yaoyuneyong, and Erik Johnson and published in June of 2011 by the Journal of Educational Technology and Exchange. While I was reading I started to think about how far augmented reality has come in the last eight years. What follows is my commentary on those directions given the benefit of the last eight years of development of AR.

The Five Directions
The five directions that Yuen, Yaoyuneyong, and Johnson suggested in Augmented Reality: An Overview and Five Directions for AR in Education are AR books, AR gaming, discovery-based learning, objects modeling, and skills training.

AR Books
In reference to books the authors highlight the potential of AR books to engage many types of learners through many paths. A great example of this potential turned into reality is found today in augmented reality apps like Wonderscope and the World Wildlife Fund's Free Rivers app.

AR Gaming
In reporting about AR gaming in the context of education the authors of Augmented Reality: An Overview and Five Directions for AR in Education featured the study of an AR game called Alien Contact. Alien Contact was used in classrooms to promote engagement and learning in a lesson in which students had to determine why aliens would select an area of earth to land and settle upon. The study indicated that while some students did benefit from engagement others were overwhelmed by the technology. This was five years before the release of the massively popular Pokemon Go augmented reality game. Because of popular games like Pokemon Go students today are likely to be familiar with how to use AR games and so are less likely to be overwhelmed by the complexity of using an app to for an educational experience.

Discovery-based Learning
In Augmented Reality: An Overview and Five Directions for AR in Education the authors devote a section to the potential of augmented reality as a discovery-based learning tool. In doing so they point to using augmented reality applications on field trip experiences. The authors highlight using augmented reality to replace questions on paper with instant information available through the use of AR apps that provide students with instant information about the physical objects in front of them as well as the information about the places they are standing in. The authors highlight the Wikitude service for enabling that kind of instant information availability. Relying on Wikitude could be limiting because developers are inclined to create applications for the most popular places and artifacts. Through the use of a free service like Metaverse Studio teachers and students can develop augmented reality discovery experiences for lesser-known places. As an example, in 2017 I used Metaverse Studio to develop an augmented reality discovery experience for livestock pounds in my small town. You can read about the example and see Metaverse Studio in action here.

Objects Modeling
Yuen, Yaoyuneyong, and Johnson in Augmented Reality: An Overview and Five Directions for AR in Education listed objects modeling as their fourth direction for augmented reality in education. Their paper did not give as much attention to this direction as it did to the four other directions they highlighted. Still they did cite the example of researchers in the Human Interface Technology Laboratory at the University of Canterbury in New Zealand who developed an AR program that enabled users to convert two dimensional sketches into virtual three dimensional objects that can be manipulated to explore the interactions between the drawn objects. Again, Yuen, Yaoyuneyong, and Johnson were writing in 2011. Today, we find this technology readily available to teachers and students in the forms of Merge Cube and Quiver.

Skills Training
The fifth direction explained in Augmented Reality: An Overview and Five Directions for AR in Education was skills training. In this section the authors wrote, “Augmented reality has strong potential to provide powerful contextual, in situ learning experiences and serendipitous exploration while simultaneously promoting the discovery of the connected nature of information in the real world.” They go on to cite three studies including a study of using AR for training military mechanics. The study revealed that mechanics using AR were able to locate tasks more quickly than those in non-AR environments. In all of the studies the participants wore augmented reality-enabled glasses.

Eight years after Augmented Reality: An Overview and Five Directions for AR in Education the potential for AR as an aid in improving training and in completing tasks is still strong. In promotion of the enterprise version of Google Glass, Google showcases AGCO’s study that indicated a 25% reduction in production time for complex assemblies when laborers used Google Glass. Google isn’t the only company producing augmented reality-enabled glasses. You’ll also find offerings from companies including Vuzix, Daqri, and Magic Leap. As it has been for decades, cost continues to be the biggest obstacle to use of AR-enabled glasses in K-12 classrooms. School districts that struggle to put $200 Chromebooks into the hands of every student aren’t going to be spending $1,000+ for AR-enabled glasses any time soon.
at 11:46 AM
Share
‹
›
Home
View web version