Google is Adding an Originality Checker to Google Classroom 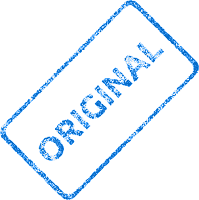 Today, in what they're spinning as a feature to "help students turn in their best work," Google announced the addition of an originality checker to Google Classroom. Google is calling this new feature Originality Reports.

Originality Reports is a feature that is in a beta testing period. G Suite for Education domain administrators can apply here to have their schools participate in the beta.

From a business standpoint, Originality Reports certainly looks like an attempt by Google to compete with other plagiarism detection services like TurnItIn.

On a related note, in a few weeks I am releasing an on-demand course that will be full of practical ways to use all aspects of G Suite for Education in your classroom. Register here to be notified when the course is available.
at 2:53 PM
Share 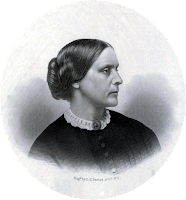 Earlier this week the Library of Congress launched a new crowdsourcing campaign to transcribe more than 20,000 primary source documents related to the women's suffrage movement in the United States. The LOC isn't the only organization to make primary sources related to suffrage available online. DocsTeach, produced by the National Archives, has a Women's Rights section that was updated this summer to include more primary source documents and more teaching activities.


You don't have to use these activities exactly as written. When you create a free DocsTeach account you can make copies of the activities and then modify them as needed for your students. You can also create new activities from scratch based on the primary source documents available on DocsTeach.
at 10:08 AM
Share

A few years ago I recorded a video about how share videos through Google Drive and it is still one of the most frequently watched videos on my YouTube channel. The video is embedded below.

In September I am releasing an on-demand course that will be full of practical ways to use all aspects of G Suite for Education in your classroom. Register here to be notified when the course is available.
at 5:07 AM
Share

Join Me on Friday for Practical Ed Tech Live!

This Friday at 9am ET I'm bringing back my Practical Ed Tech Live series in which I answer batches of questions that readers like you send to me throughout the week. I'll be broadcasting this live on my YouTube channel (subscribe to my channel to be notified when I go live). You can ask me questions during the broadcast or submit them in advance to ensure that I'll see your question. You can submit questions through the form that is embedded below.