Automatic Out-of-Office Notifications
As I shared earlier today, Gmail will now alert the people sending you emails that you're out-of-office before they even send the messages they compose.

Old Version of Google Classroom Going Away on September 4th
If you're still using the old version of Google Classroom, you're going to be forced into the new version on September 4th. What's important to note about this is that existing content in the "class settings" page will not be automatically moved into a Classwork page. That content will be saved in your Google Drive and you can manually add it to a Classwork page.

I've had access to rubrics in Classroom for a couple of weeks now. My initial impression is that it is easy to use and could be useful tool once Google adds the ability to re-use rubrics from assignment to assignment. Currently, you have to create a rubric for every assignment.

Google Drive Priority Page
All G Suite accounts now have access to the Priority Page feature. This is a feature that will display what Google's algorithm determines to be your most important Google Drive files at any given moment. This is largely files that have recently been shared with you for commenting and editing or files you've recently shared for the same purpose. From the Priority Page you will be able to see new comments without having to open the file in a separate tab or window.

Lexend Fonts in Docs, Slides, and Sheets
Lexend Fonts are a family of fonts that are designed to improve reading speed by avoiding the visual crowding that is associated with some traditional font styles and types.

Play Slides on a Loop
Earlier this week Google announced the addition of an option to have slides play on a continuous loop. Unfortunately, today I learned that the roll-out of this feature has been delayed.

White-out, Black-out Google Slides
This is another feature that Google announced earlier in the week and then announced that the roll-out has been delayed. When it does appear, this new feature will let you black-out or white-out your slides when you pause your presentation.

On a related note, next week I'm launching a new self-paced course featuring practical and engaging ways to use G Suite for Education in your classroom. Learn more here.
at 2:03 PM
Share 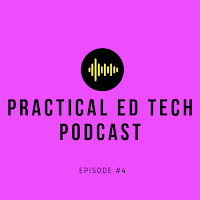 This morning I hosted a new episode of Practical Ed Tech Live on my YouTube channel. For those who missed it, it is now available as the fourth episode of the Practical Ed Tech Podcast. The podcast can be found on Anchor.fm, on Google Podcasts, on Spotify, on RadioPublic, and on Pocket Casts. I'm working on getting it distributed through iTunes too.

And now that school is back in session for pretty much everyone, I'm moving the live broadcast to Thursday afternoons instead of Friday mornings. So join me on my YouTube channel next Thursday at 3pm to watch and ask questions live.


The show notes can be viewed here as a Google Document.

Questions answered in the podcast include:

Can you limit the number of responses on Microsoft forms? For instance, we are doing a sign-up at school and only want 15 students/choice. Can this be done?

Hi - I teach technology classes and I am looking for a few good videos to show my class for sub days. Any recommendations? Thank you!!

What apps for a Chromebook or in general do you recommend for ELL Students? By this, I am referring to helping students take content that is spoken or written in English and translate it into Spanish. Something besides Google Translate.

With my students I have created bilingual dictionary in Google sheets (two columns, one for English and one for translation). Do you happen to know of any way to turn it into an online dictionary with a search box?

I'm looking for a way to record comments/feedback and send to my students when reading their essays. Is there something you can think of I could utilize? The only thing that I can think of is voice memo recording and emailing.

These Cool Cats Will Teach You About Phrasal Verbs 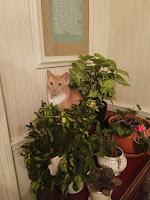 Phrasal Verbs Friends is a fun YouTube channel that features cats explaining phrasal verbs. The videos use pictures of cats in green-screen settings to show and explain the various meanings of phrasal verbs like "warm up" and "take care."


Applications for Education
Phrasal verbs can be tricky for students to understand. These cute cat videos could help students understand the meanings of some phrasal verbs.

The videos could be the inspiration for a classroom video project. You could have students make their own fun phrasal verbs videos featuring their own pets. Use a tool like Remove.bg or PhotoScissors to remove the background from the original image and then drop the pet picture in front of a new setting. Then take those pictures and use them in a video editor like iMovie, WeVideo, or Adobe Spark Video to make videos of the pets explaining a phrasal verb.
at 10:55 AM
Share

Wonderopolis is a great site for finding interesting articles to spark your students' imaginations. I've been a fan of the site since I first discovered it more than six years ago. At its core Wonderopolis offers more than 2400 interesting articles for elementary school and middle school students. Each article covers a different topic that your students might wonder about. For example, today's article is Who Invented Friend Chicken? 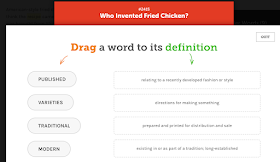 
🗣️Have you heard?👂 We added 📖Immersive Reader to every Wonder of the Day! 🎉 Curiosity💭 is for *everyone*!✨🌍 #immersivereader https://t.co/aXaFXeSNie @MicrosoftEDU pic.twitter.com/8Flw89rCmX
— Wonderopolis (@Wonderopolis) August 29, 2019

Gmail Will Now Automatically Notify Senders When You're Out of Office 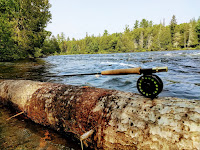 This weekend is a Labor Day weekend here in the U.S. For many of us it is the symbolic end of the summer. And for many of us it's the last time that we'll unplug from work for a few months. Speaking of unplugging from work, yesterday Google announced a new Gmail feature that will notify senders that you're out of office before they even send you a message.

This new Gmail feature could be a great addition to the traditional out-of-office auto responder that you use. By displaying that you're out of office, senders might reconsider sending you a message or will schedule it to be sent at a time when they know you're more likely to read it and reply to it.