5 Google Product Updates for Teachers to Note This Weekend 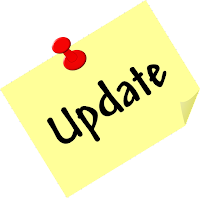 As I mentioned in this week's episode of The Practical Ed Tech Podcast, Google released a handful of updates to products that teachers and students frequently use. A few of those I reported on earlier in the week and a couple I haven't mentioned except on the podcast. If you missed the podcast or the posts earlier this week, here's a rundown of the things that Google announced this week that could impact you.

Different Page Numbers for Different Sections of Google Docs
This is a small, but welcome update for Google Docs users. You can now specify the page numbers that apply to a section of a Google Doc instead of being stuck with the default sequence of page numbers. More details here.

A New Way to Gather Feedback in Google Sites
Google Sites users now have a new option for getting feedback through their sites. Instead of creating then embedding a Google Form, you can use a native feedback form in the footer of Google Sites. Learn more about how that works by reading this announcement from Google.

Reuse Rubrics in Google Classroom
Earlier this fall Google introduced a beta test of a rubrics feature in Google Classroom. My feedback, as well as that of many others, was that an option to reuse rubrics was needed. Google listened and added that option this week.

This afternoon I recorded the twentieth episode of The Practical Ed Tech Podcast. In this podcast I shared five Google product updates teachers should note, a Microsoft Forms update that should prove to be super handy, and a new way to use Padlet. As always, the episode concludes with me answering a handful of questions from readers, listeners, and viewers like you.

You can listen to the episode here or on your favorite podcast network.

Listen to all episodes of the podcast here or find them on the following podcast networks: