How to Disable and Remove Chrome Extensions - And Why You Should

I try a ton of Chrome extensions every year. In fact, I try so many that I sometimes look in my Chrome settings and wonder, "why do I still have that extension?" That's not a good habit because I really should be uninstalling the ones that I don't need. You should do the same.

The reason that we should uninstall the Chrome extensions that we don't need is that doing so removes the opportunity for a long forgotten extension to either slow the browser or have a security vulnerability or both.

In the following video I demonstrate how to disable and remove Chrome extensions.

The History of Comic Art 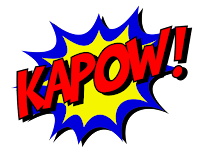 The Library of Congress currently has an exhibit on display called Comic Art - 120 Years of Panels and Pages. The exhibit is both a physical exhibit and an online exhibit.

Comic Art - 120 Years of Panels and Pages has five sections. Those sections are Early Years, Mid-Twentieth Century, Late Twentieth Century, Web Comics, and Comic Books and Beyond! Each section has a small collection of comics on display. Each item on display is accompanied by short explanations of what is displayed and why it is noteworthy.

Perhaps it's the history teacher in me, but I actually enjoyed the early comics more than the modern examples. Speaking of history, last fall the National Archives hosted a webinar about teaching with political cartoons. That webinar recording is available here.