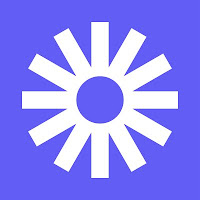 Loom is one of my favorite Chrome extensions for making short tutorial videos. In the last year I've made a few tutorials about different ways to use Loom. Some of those include recording videos from your Gmail inbox and making whiteboard videos.

Loom recently added two new features. Those are a transcription/ captions tool and an Android app.

Loom's transcription tool will automatically create an English transcript of your videos. Any videos that are transcribed will also have captions added to them when viewed. Transcriptions and captions are a beta feature right now so not all accounts have them at this time. You can read more about the transcription and caption feature here.

Loom also introduced a new Android app at the end of March. I have now installed it and uninstalled it twice. It is supposed to to make it easy to record screencasts on your Android phone. However, both times that I tried it the log-in function didn't work if I used Google single sign-on (it put me into an infinite loop of asking to verify my log-in with my phone). Once I finally signed in by creating a completely new account without the use of Google single sign-on the recording function was clunky at best. The recording would start, but it wasn't obvious that it had started and it wasn't obvious how to stop the recording. When it did stop, I couldn't find the recording anywhere. In short, Loom's Android app is not something I'd recommend using at this time. Perhaps you'll have better luck than I did on my Pixel 5.

Applications for Education
The new transcription and captions option in Loom could be helpful to teachers who are already using Loom and want to improve the accessibility of their instructional videos. The captions are helpful to students who have hearing impairments but also to students who might be watching the videos in a place where they cannot play the videos aloud and don't have ready access to headphones.

On a related note, Loom is one of the tools that is featured and utilized in my self-paced Crash Course in Making & Teaching With Video course.
This post originally appeared on FreeTech4Teachers.com. If you see it elsewhere, it has been used without permission. Sites that regularly steal my (Richard Byrne's) work include CloudComputin , 711Web, and Today Headline.
at 5:59 AM
Share
‹
›
Home
View web version